I did a post a little while back about Paramount+ offering a 30 day free trial. I’m gonna be honest, I jumped on the free trial just to see what it was like and so my kids could watch the new SpongeBob movie Sponge On The Run. I really thought I’d cancel after the 30 day free trial but, I didn’t. 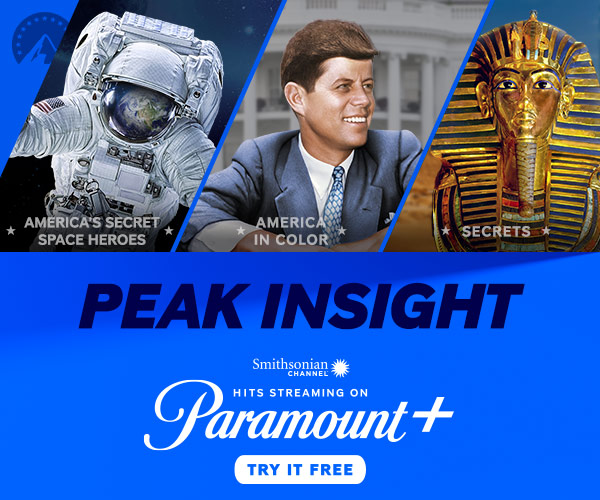 My kids and I love watching nature shows and animal related shows. We discovered the Smithsonian Channel on Paramount+ and we’re hooked. Our first taste was the Strange Creatures series. I was so excited to see the Corpse flower featured. See I’ve been wanting to visit Phipps Conservatory in Pittsburgh just to see the Corpse flower in real life. I can’t be sure but it looks like the video footage could have been from Phipps.

As we scrolled through the shows on the Smithsonian channel we saw other animal shoes that caught our interest like Africa’s Piranhas, Baby Animals, The Living Beach, Top 10 Deadliest Beasts, and so many more. My husband saw things on there that interested him too like Drinks, Crime, and Prohibition, World of Weapons, American’s Hangar, and more.

Paramount+ is still offering the 30 day free trial if you’d like to check it out. The Smithsonian Channel isn’t the only thing though. There’s tons of kids’ shows, Comedy Central, BET, MTV, Nickelodeon, movie, tons of shows, and more.

Have you tried Paramount+ yet? If so what are your favorite things to watch? We’re still exploring.

This post does contain affiliate links. Any opinions expressed are my own.